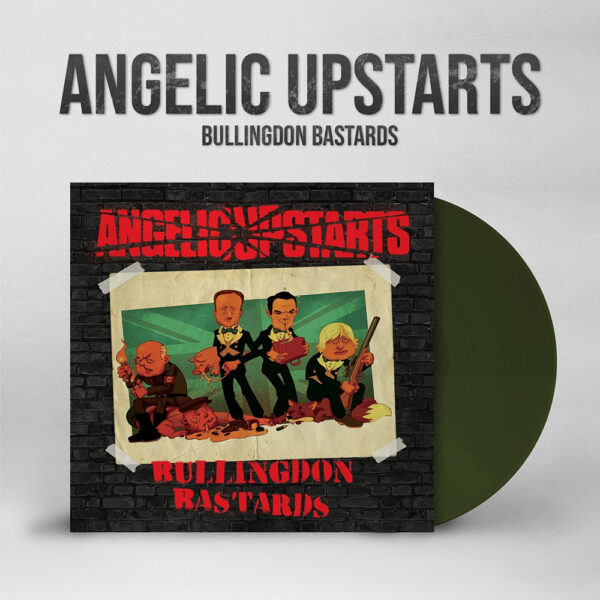 ANGELIC UPSTARTS. WE ARE A ANTI FASCIST PUNK BAND. WE DO NOT TOLERATE NAZIS.
No more introduction needed for the last real “WORKING CLASS” Band!

ANGELIC UPSTARTS. WE ARE A ANTI FASCIST PUNK BAND. WE DO NOT TOLERATE NAZIS.
No more introduction needed for the last real “WORKING CLASS” Band!

Angelic Upstarts formed in 1977 in South Shields, North-East England. Working class punk band with strong anti-fascist views and beliefs. Influenced by bands such as The Clash and The Sex Pistols, The Angelic Upstarts are a meeting of working class ideology and musical aspiration. Always liable to provoke reaction, with lyrics making much of their working class roots, and lashing out at police and politicians.

Bullingdon Bastards was originally released in 2015. The Vinylversion was sold out in a second therefore we are more than happy to rerelease this record again!

Tories, Tories, Tories (Out, Out, Out)
Until Palestine Is Free
Man Of Straw
Like Father, Like Son
Don’t Give An Inch
Built A House On Sand
I.D.SS
Take It Apart
Obscenity
Reptile Rule
Streets Of St. Pauli
Give The Fox A Gun